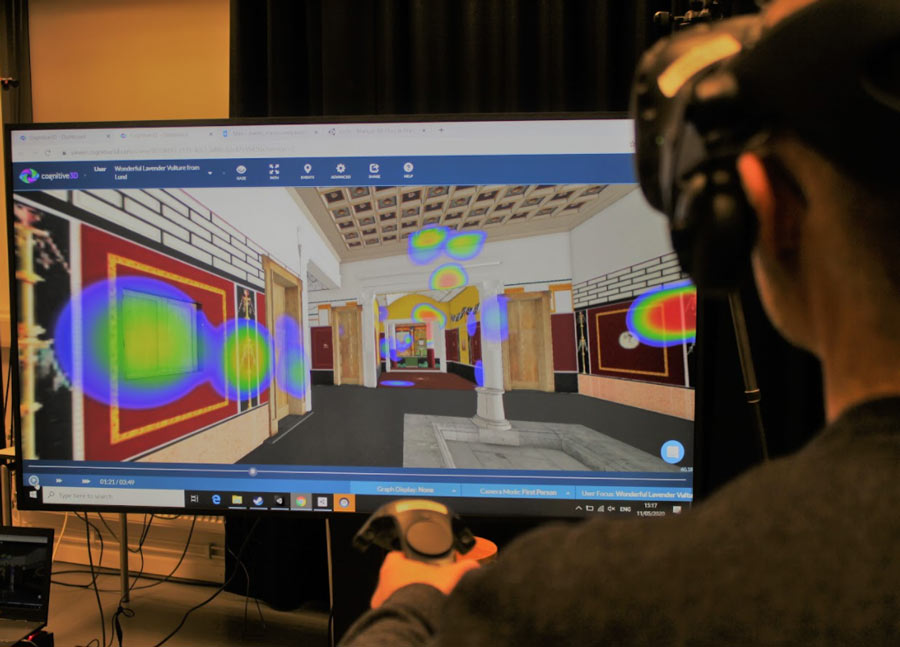 Ancient Roman homes – at least those of the wealthy – were built not just for comfort but also to impress. Many design elements and “tricks” have been used to enhance or hide specific parts of the house from visitors. This aspect of Roman architectural design, although known to scholars from historical records, is a challenge to study from extant ruins. But now, researchers have reconstructed a house in Pompeii in virtual reality to study and analyze this optical display element of Roman house design by tracking the eye movement of volunteers. Their research was published in the journal antiquity.

Scholars cite literary sources that establish gaze fixation as a primary motivation of Roman domestic architecture. To understand how the Romans designed their homes, researchers studied the remains of the ancient Roman cities of Pompeii and Herculaneum from this perspective. They found that optical axiality was indeed of great importance in Roman house design and had a socio-political function.

“Work and daily activities were intermingled during the day,” said Danilo Marco Campanaro, a doctoral student at Lund University and co-author of the research. “The house communicated to people the personal power and status of the owner and his family.”

However, hundreds of years of neglect, weathering and volcanic eruptions have damaged many eye-catching features built into Roman homes. This means that many questions about the design of Roman houses from the point of view of visibility studies have so far remained unanswered.

To overcome these challenges, researchers over the past 15 years have started using modern technologies such as geographic information systems (GIS), 3D modeling and virtual reality. Campanaro and his co-author Giacomo Landeschi took this approach a step further to explore the possibility of integrating GIS data relating to 3D visual attention. An eye tracker is used to measure this data, which is then analyzed to show which parts of a completely reconstructed Pompeii house catch the eye of the user moving through the virtual space.

This integration of 3D eye tracking and GIS data is an emerging technology and Campanaro and Landeschi profess that theirs is the first published study to use it. And wisely. “Eye-tracking technology and virtual reality now offer unprecedented opportunities to assess the visual qualities of ancient spaces,” said Dr Landeschi. In this case, they were able to use it to estimate which parts of the reconstructed house caught the volunteers’ visual attention as they walked through ancient Roman houses in virtual reality. 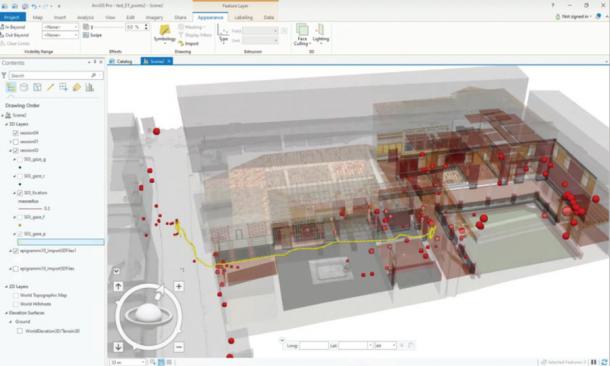 Exported data is visualized in ArcGIS PRO as point shapefiles. The user’s journey exploring the virtual environment of the reconstructed Pompeian house is displayed in the correct spatial relationship with the original building. (Campanaro & Landeschi / Antiquity Publications Ltd )

Virtual reconstruction of the house of epigrams

What the volunteers taking part in the study were exploring was the virtually reconstructed House of Epigrams at Pompeii, first excavated in 1748, then again in 1875 and completely in 1908. Sumptuous frescoes once adorned its walls and under many of them in a small room to the north of the colonnaded peristyle were Greek inscriptions. The house owes its name to these inscriptions. It was destroyed when Mount Vesuvius erupted in AD 79, which covered Pompeii and many of its inhabitants with a layer of ash and other debris at a depth of over 9 feet (3 meters).

The house, complete with its paintings, was modeled in 3D and imported into the Unity video game engine to be explored in virtual reality. “The results of this study show how the owner of the house stimulated the visitor’s senses to convey a message of his power and wealth,” Campanaro said, referring to the paintings.

Previous studies have pointed to other architectural devices used by the Romans to attract attention and impress visitors with their homes. Slanted walls and raised floors that made the interior seem larger to people looking in through the front door were some of the other design tricks employed by the Romans.

Campanaro and Landeschi’s study revealed some of the catchy techniques used in Roman house design . It showed the promise this new technology holds for exploring other ancient environments. However, the authors are already talking about making the virtual experience even more productive by following the audio and olfactory senses as well. “The next step in this study could be to overlay the findings with multi-sensory research that includes olfaction and auditory engagement,” Landeschi explained.