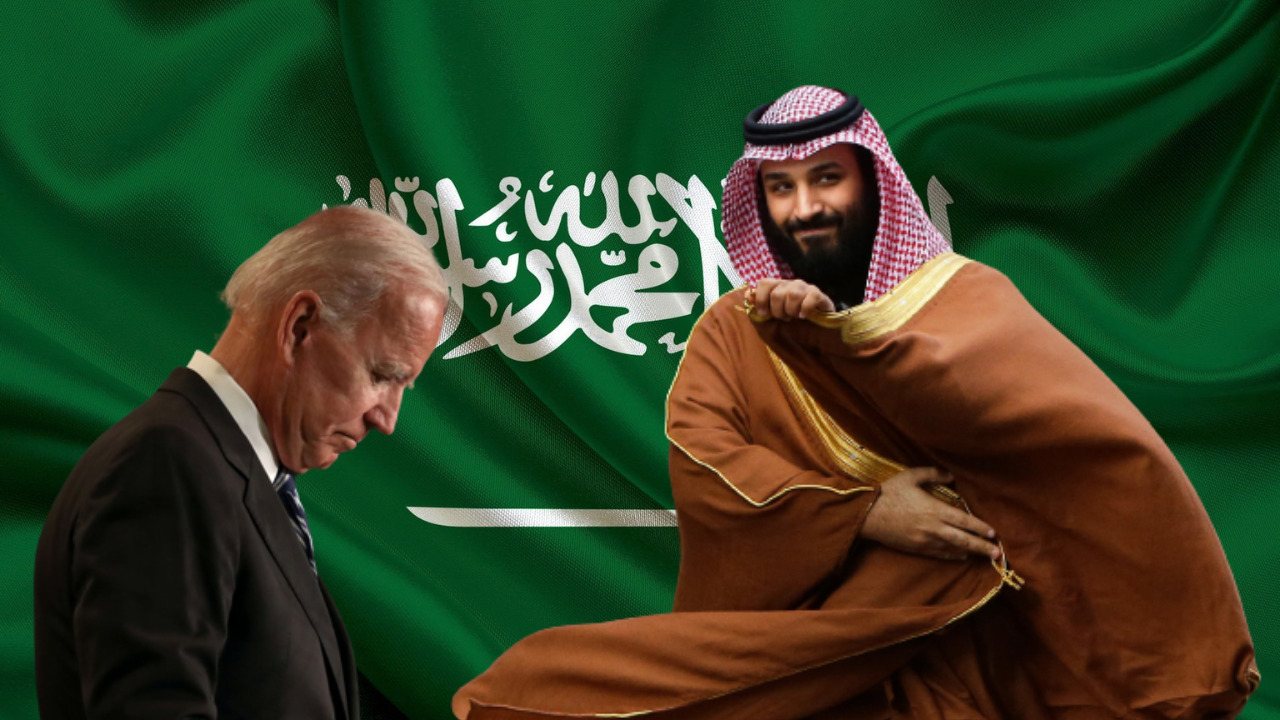 US ties to Saudi Arabia: Arrangement has visible signs of strains recently

Finally, some good news for Europe. Breathless Europe received a lifeline. Crown Prince and Prime Minister of Saudi Arabia, Mohammed bin Salman, has played a game that will change everything for Biden. All of Biden’s unscrupulous plans to capitalize on the war in Ukraine will now turn to dust.

The United States and Saudi Arabia established full diplomatic relations in 1933, and the Mutual Defense Assistance Agreement of 1951 cemented those ties. The fundamental premise of the relationship was that the United States would provide Saudi Arabia with military security in exchange for Saudi Arabia’s constant supply of oil, oil prices in US dollars. Saudi Arabia has also supported US foreign policy initiatives around the world.

As a result, Saudi Arabia has seen its political and economic weight increase across the world. With the support of the United States, Saudi Arabia has drawn its economic power from oil supplies and the main Muslim brotherhood. Therefore, from being a poor country, Saudi Arabia has risen to prominence as the greatest power in the Middle East.

Despite their opposing views on human rights and the Arab-Israeli conflict, the United States and Saudi Arabia have remained strong allies for more than 70 years. But, their arrangement has visible signs of strain lately.

So how has everything changed? It all started after the US presidential elections in 2008, when Obama was elected. The Obama administration’s JCPOA deal has strained Washington’s relationship with Riyadh. Riyadh realized that the deal threatened its status quo and that geopolitical trends in the Middle East would turn against it in no time. Moreover, the deal endangered both his influence in the region and his personal safety.

Why? Because the Saudis see Iran as an unfettered rival to regional dominance, a rival who can further embolden the Shia populations of the Gulf monarchies, including Saudi Arabia, to rebel against their Sunni rulers. To put things into perspective, Iran is already seen as dominant in Iraq and Lebanon, clinging to its ally in Syria. In addition, Obama also threatened the presence of Saudi Arabia in Yemen which supports his government. He made concessions to the Iran-backed Houthis by pushing Riyadh to facilitate airstrikes.

Read more: Biden could start another war in the Middle East just to ruin peace talks between Saudi Arabia and Iran

And now Biden is pursuing the same policy as Obama. A different strategy from that of US President Donald Trump, who welcomed Saudi Arabia as his first foreign destination after taking office in 2017 and renounced the JCPOA agreement with Iran.

Biden has demonized Saudi Arabia throughout his presidential campaign for the murder of Khashoggi, a Washington Post reporter and US citizen. After taking office in 2021, Biden distanced himself from the Saudis. Biden has continually sought to appease Iran in order to restore the JCPOA agreement. His administration also removed the Iran-backed Houthis from the terrorist list and even lifted travel sanctions on IRGC men.

The geopolitics of the United States were changing until they realized they needed Saudi Arabia despite their oil independence. After the United States pushed Ukraine into war with Russia, oil prices soared and inflation rose worldwide. This had the most impact on European nations; their population faced rising inflation and an exorbitant cost of living.

Rising oil prices have benefited Russia, as Moscow is expected to generate $321 billion in energy exports in 2022, an increase of more than a third from 2021. The amount is enough to finance its invasion of Ukraine. It earns about a billion dollars every day from its fuel exports.

In July, US President Joe Biden traveled to the Middle East in a bid to make amends for his wrongdoings. Joe Biden has asked Saudi Arabia to pump more oil to support the US economy. During his trip, Biden hoped for an increase in oil production to reduce oil prices and reduce Russia’s advantages.

But his efforts fizzled when OPEC+ recently said it was cutting oil production by 2 million barrels a day, which will support prices, defying US pressure. This decision will change things as the United States moved towards reindustrialization. The United States was taking advantage of high energy prices in Europe, which prompted many companies to move their operations to North America.

But after the production cut, oil prices would soar in the United States, ending its leverage on low energy prices and putting a pause on the American economic recovery that had just begun to take hold. form. Europe would be delighted to put an end to the deindustrialisation taking place there.

It would seriously hurt Joe Biden mid-term and he would lose the majority in the Senate and House of Representatives, rendering him toothless. Saudi Crown Prince Mohammed bin Salman attacked where it hurts the most, avenging all the humiliation suffered by Riyadh after the Democrats’ bonhomie with Tehran.

Go on, be Nebby with the diverse architectural tour of Bellevue House