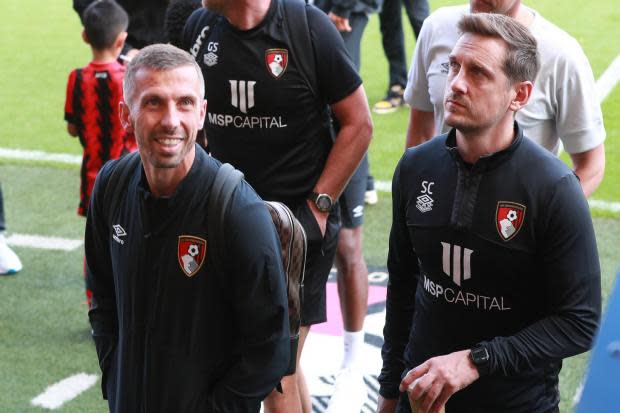 It’s business as usual for Gary O’Neil, with the interim head coach stressing that he’s happy to take charge of the Cherries on a game-by-game basis – while also sharing that he’d like to stay at Vitality Stadium even though doesn’t get the job.

Now six weeks in the role and approaching his fifth game in charge of the first team, O’Neil remains the bookmakers’ favorite to be given the role full-time, at the time of writing.

Unbeaten in his first four games as manager, the former Portsmouth midfielder helped stabilize Cherries after a 9-0 defeat at Liverpool and the departure of Scott Parker.

Although he looks comfortable in the hot seat and harbors managerial ambitions, O’Neil shared that he was happy with his current arrangement, before revealing that he would “not be ‘in a hurry’ to leave if he returns to his previous first-team role. coach.

He said: “I think my goal is to manage a football team on a permanent basis.

“That has always been my goal since I started coaching.

“The more I do this, obviously the better I’m going to get at it.

“But that doesn’t change my view of what’s going on here. I’m really happy with the situation as it is and happy to take it game by game.

“I get on well with everyone, from the upper floor, Richard Hughes, Neill Blake, to the guys we work closely with in the clubhouse and the training ground.