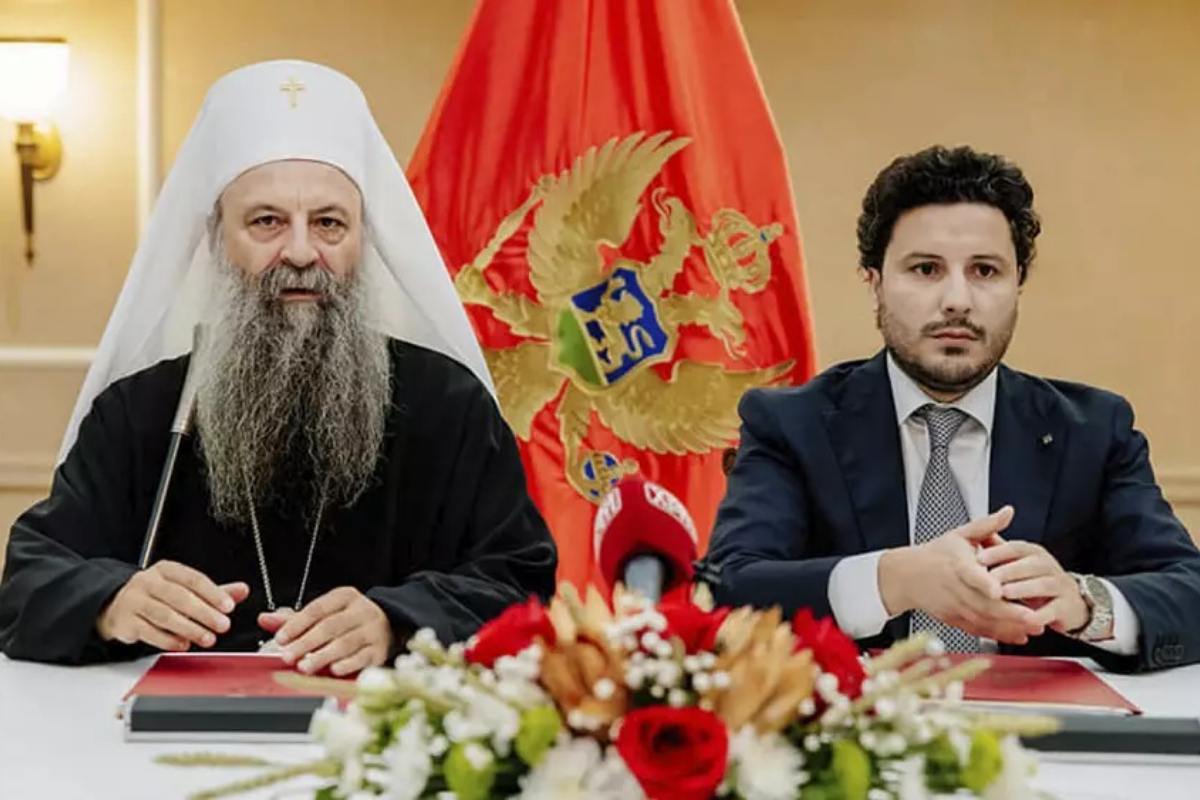 Several political parties on Wednesday launched a parliamentary vote of no confidence in the government of Montenegro, after the signing of a long-contested treaty governing the country’s ties with the powerful Serbian Orthodox Church.

The agreement governs relations between the Serbian Orthodox Church, the main church in Montenegro, and the State of Montenegro, including property rights.

Human rights advocates and pro-Western political parties have criticized the draft contract, saying it gives the Church too much influence over other religious organizations, and have called for more consultations experts on the subject.

However, Abazovic and Patriarch Porfirije of the Serbian Orthodox Church signed the agreement in the absence of the media and without notice, in a government house whose entrance was closed by police as a few dozen protesters marched. against her.

Following a heated debate in a cabinet session following the signing ceremony, 36 opposition MPs proposed a no-confidence motion to Abazovic’s minority government, which was accepted in April.

They said the administration had failed to deliver promised progress on the changes needed for Montenegro’s EU membership while focusing on relations with the Serbian Orthodox Church and creating tension in the EU. the society.

The vote of no confidence in parliament will take place on August 19. It must be approved by a simple majority of the 81 members of parliament.

Montenegro’s politics have long been divided between Montenegrins and pro-Russian Serbs who opposed the independence of the Adriatic country from a former state union with Serbia and favored closer ties with Serbia and Russia. Russia.

Montenegro split from Serbia in 2006, but its church was denied autonomy and remained under the control of the Serbian Orthodox Church, making it a symbol of Serbian hegemony.

“We welcome the decision to grant our nation the status of…

Look inside Lakewood on the 2022 Lakewood House Tour

Create a beautiful flower arrangement from your own garden – Garden & Gun