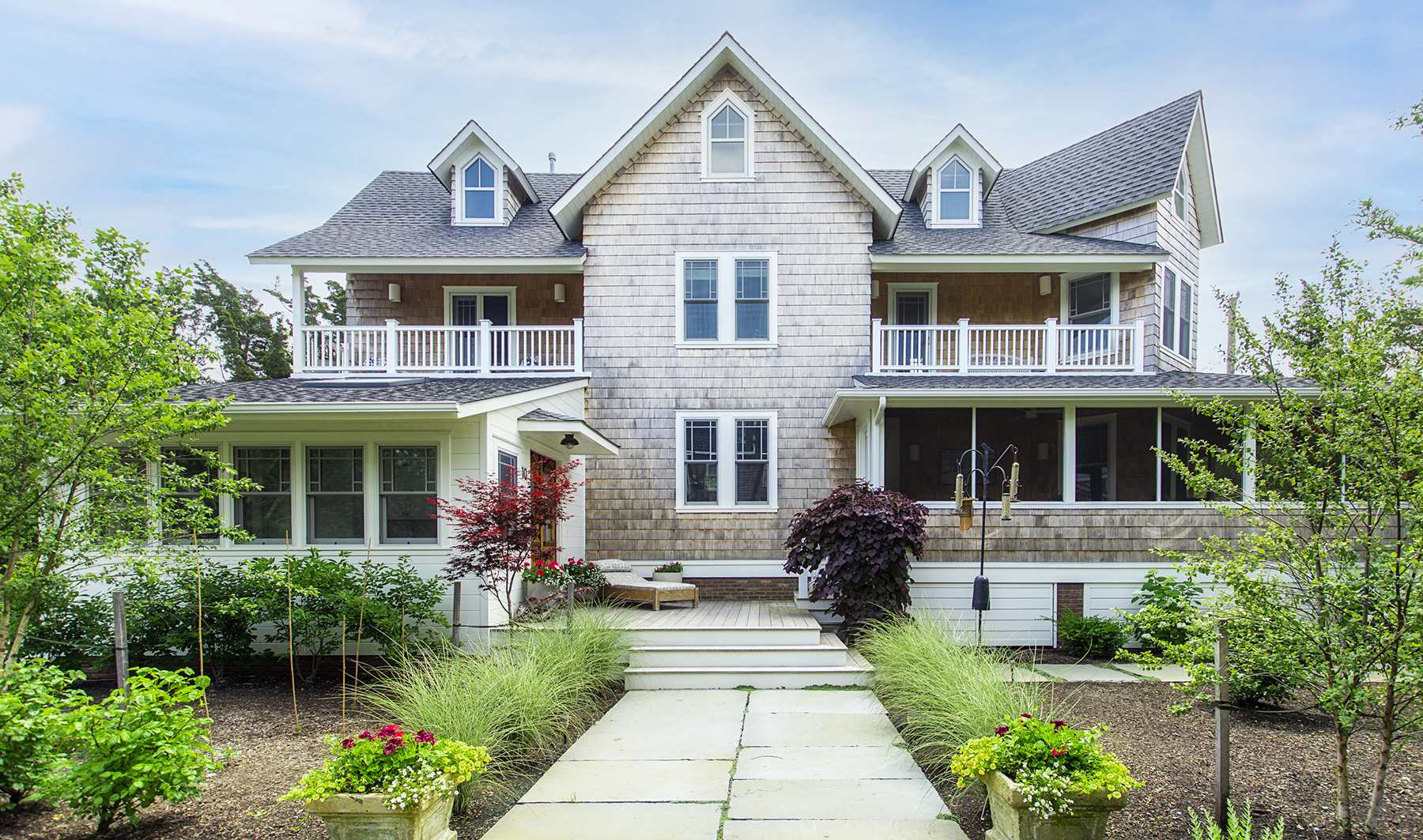 LBIF’s Seashore House 2022 tour is ‘most comprehensive’ yet

COME ON IN! : Madden’s restructured Victorian style in Barnegat Light celebrates the flow of air and light. Maximizing a site’s natural assets is key to Island home design. (Photos by Jeannette Michelson)

The visit was entirely online last year and lasted five days, with interviews with the architects and virtual tours of the six houses, filmed and produced by Barnegat-based Harrington Group, Christine and Michael Harrington. Participants watched in person at LBIF or on their home computers.

The 2022 tour includes the same six houses, but this year they are open to ticket holders for an in-person visit.

The house tour is one of LBIF’s biggest fundraisers of the year, according to Executive Director Daniella Kerner.

“This is probably the most comprehensive home tour we have ever seen and conducted on Long Beach Island,” she said. “It’s a feast for the eyes – the detail, the amount of thought. It’s a draw for anyone who wants to dream a little. 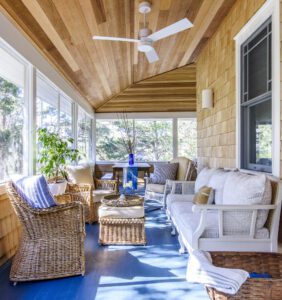 The event is rain or shine. No cameras or shoes are allowed in the houses.

The tour includes the revamped modern Victorian style of Jay Madden in Barnegat Light; Sam Gordon’s modern Loveladies lagoon dwelling, designed to fit the lifestyle of artists and travellers; a rambling retreat by Loveladies Bay by Studio Tagland; a contemporary waterfront at Loveladies by Gym Wilson; and two waterfront Harvey Cedars by Steve Midouhas, one modern and one contemporary.

Wilson’s home on the tour is on the same site where he designed the original it replaced. In his recorded interview, he explained how he came to design two houses on the same site in Loveladies. The current owners wanted to renovate the original, but the estimated cost would have been the same to build new, and 4 feet higher, so that’s what they did. The result is an optimal use of the site and a feeling of openness, as well as panoramic ocean views, made possible by a steel frame to support large picture windows.

The siding is a maintenance-free cedar composite shiplap, he continued. Reverse living offers a large room on the upper level – the ceiling of the steps has color changing LED lights – with a roof terrace for stargazing. Common areas include vignettes created by dropping the ceiling onto a seating area for intimate conversation.

Wilson also furnished the house, handpicking the perfect pieces from around the world. Hand painted bathtubs from China. Special doors from Spain. The granite dining table was a compromise for the wife to get her Steinway piano. Interesting doors add pops of color and texture. A maple staircase that was built on site has stair treads lined with 2 inch blue leather strips. 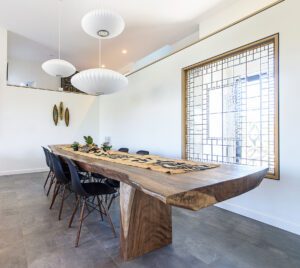 Several generations of the family have had their say, which is critical to a project’s success, Wilson said.

Wilson said he had no architectural philosophy.

“I am not a philosopher,” he said. “I’m a knee-jerk reaction guy. I do my homework, study the site, interview clients and put it all together.

On the day of the house tour, video interviews and tours will be streamed on a continuous loop at LBIF, where guests are invited to stop to use the restroom and browse the “Unmasked” portrait exhibit currently on display, a noted Kerner.

Tickets for the Seashore House Tour are $40 and can be purchased at the Foundation or at lbifoundation.org. For $10, add a ticket to the Architects’ Roundtable on Sunday, July 31 at 10 a.m., featuring architects Gordon, Madden, Midouhas and Wilson, hosted by Michael Ryan. See the related story in this issue.