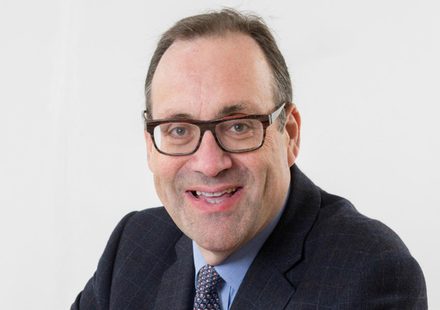 The government is preparing to ask people who have housed Ukrainian refugees under the sponsorship program if they can continue beyond the initial six-month stay.

Where people cannot continue, the government will seek to expand rematching schemes and seek support from the private rental sector.

Speaking at the Local Government Association conference in Harrogate, Lord Harrington, Minister for Refugees at the Department for Leveling Up, Housing & Communities, said when he took office in March his first call was to the LGA because it is “local authorities who have to pick up the pieces” and commended the sector for its support.

Asked about longer-term plans, he said the government was preparing to write to current hosts when they approached the four-month mark, asking whether they would be able to continue hosting refugees.

Where hosts feel unable to continue, he said, the “obvious” solution was to re-pair them with other hosts. He did not reveal whether the hosts would continue to receive the £350 thank you payment.

Lord Harrington stressed that the “fundamental difference” between people arriving from Ukraine and Syria is that “people wanted to get as far away from Syria as possible”.

While the Ukrainians view the arrangement as a “temporary measure” and hope to return home when it is safe to do so.

“Rematching is going to become more important,” he said.

Lord Harrington also told the audience that he looked to the private rental sector, ‘normally you need a credit reference’ in the hope that ‘private landlords’ associations will agree to waive those- ci for Ukrainian refugees”.

Looking further, he added: “In the longer term, with the concept of refugee housing, we cannot do this in isolation from the general social housing shortage.

Disparity between the family regime and the sponsorship regime

Lord Harrington noted industry demands that those arriving through the Family Scheme have access to the same levels of support as those who arrived on the Sponsorship Scheme.

Later in the session, he added, “There is no logical reason for these people to be treated differently.”

One problem, he explained, is that the family program is run by the Home Office, “no longer a visa issue”.

He said an argument he makes in government is that it is actually more cost effective to support families to prevent people from coming forward as homeless.

“The taxpayer will save money by helping families,” he said.

Councils are also eager to get data on those arriving through the family scheme, so they can understand what will be needed in their area.

“I have no control over Home Office data,” said Lord Harrington. “It’s just not recorded as it should be. I know it sounds like all central government, I know local authorities really need it.

Last week the government announced it was extending the Homes for Ukraine program to unaccompanied adults.

This has raised concerns in the sector about the protection of provisions for young people.

Lord Harrington said the government ‘didn’t expect a huge volume’ and those arriving will be mainly 16-17 year olds.

He said there will be “a lot of safeguards in place” and that “additional funds will be available if the situation worsens”.

“We are fighting for Western civilization”

Oleksandr Senkevych, mayor of Mykolaiv, a city in Ukraine, addressed the audience via video link.

“Thank you for taking care of our refugees,” he said.

He explained how his town was 30 km “from the battlefield” and at one point faced daily bombardment.

“All these people have left town,” he said. “I tell them every day that they have to leave town because it’s not safe here.”

He also told the public that the city was struggling to get enough drinking water after Russian forces destroyed the pipes.

“I ask you not to be tired,” he said. “We are fighting for Western civilization.”