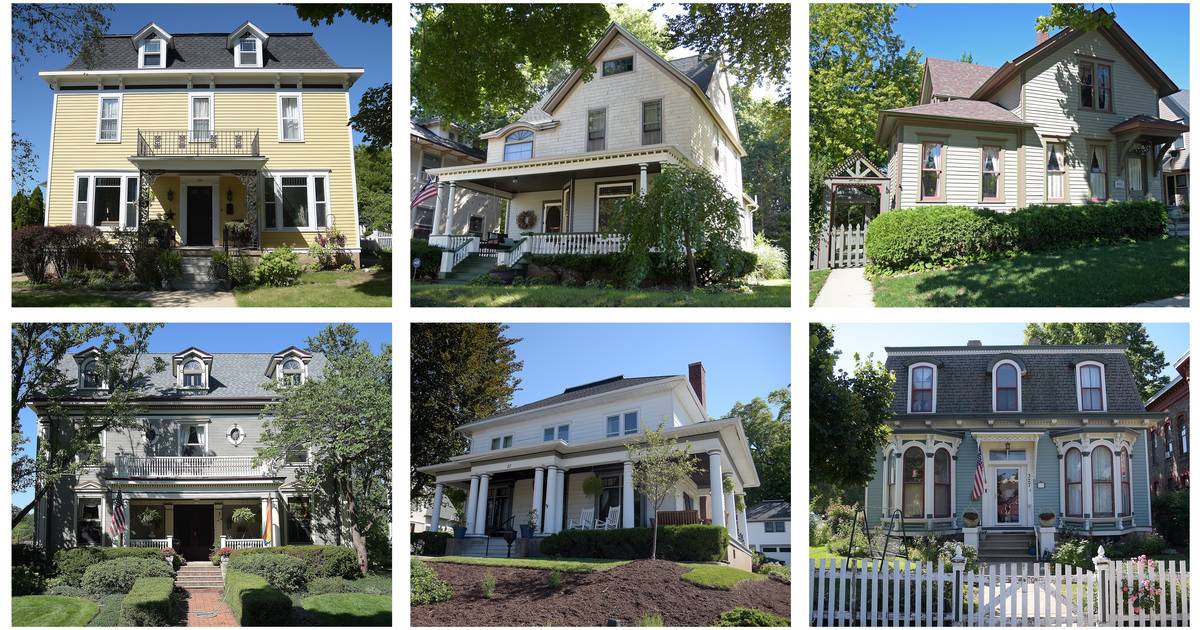 The Elgin Historic House Tour celebrates its 40th year by allowing people to peek inside some of the city’s oldest homes.

This year’s tour will take place on September 10 and 11 and will feature six houses, four of which are on the same small street.

Matt Martin, who chairs the event, also owns one of the four Rugby Place houses featured on the tour.

“It’s a rare thing that we have four ownership groups so close to decide this,” Martin said, adding that all four got together in the spring and decided to participate.

Martin and his wife bought their house in December. He said it was a “restoration in progress”.

How does it feel to know that a thousand people are about to visit your house, knowing that there is still a lot of work to do?

“My wife is in a mild panic, which is understandable, but it’s a productive panic,” Martin said. “I look at my house a little differently now because I try to look at it through the lens of people on tour and what they’re going to think.”

The event serves as a fundraiser for the Gifford Park Association, with money raised going to local preservation projects. Martin said the tour typically makes around $10,000 a year and averages around 1,200 attendees.

The houses on this year’s tour are:

• 108 N. Channing St. — built in 1883 for Charles Sandberg in the Gable-Ell style with some Italianate features.

• 327 Dupage Street — built in 1871 for John Spire in the Second Empire style, the house is listed as a contributing structure to the Historic District of Elgin.

• 15 Rugby Place — built circa 1890 for William Kerber in the Colonial Revival style.

• 24 Rugby Place – built in 1890 for Victor and Margaret Kasser in the Italianate style of the Second Empire, the house was converted from a five-unit dwelling to a single family home in 2001.

• 27 Rugby Place — built in 1890 for William Kerber, the house was designed in the Italianate style, although it now appears as Colonial Revival.

Martin said looking at a house from the outside is not the same as walking through it.

“They all have quirks and surprises and they’ll take you for a loop here and there,” he said. “That’s why you want to skim through them to see how they feel. Some look way bigger than they look, and some have quirky, funky features that make them really unique and memorable.”

Tickets are $10 to $20 and are available at historicelginhousetour.com/ and the Elgin History Museum.