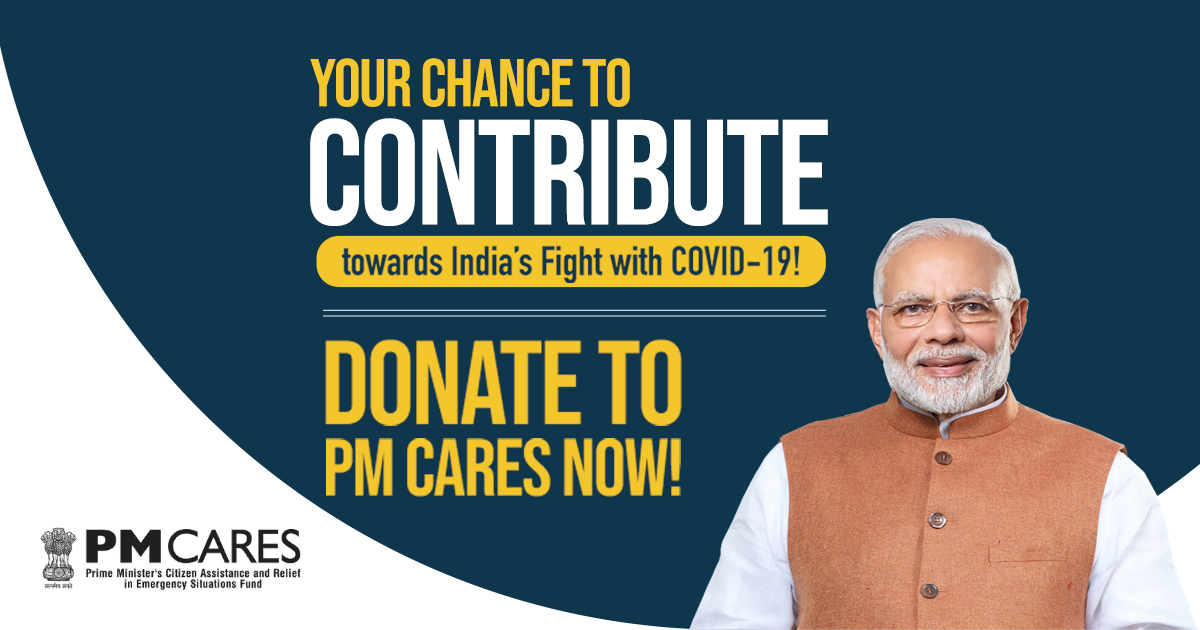 Recently, the Delhi High Court was told that the Prime Minister’s Citizens Emergency Aid and Relief Fund (PM CARES Fund) must either submit to the rigors of the Constitution or refrain from present as a “state” to the whole world.

The Division Bench, consisting of Acting Chief Justice Vipin Sanghi and Justice Navin Chawla, heard a plea filed by Attorney Samyak Gangwal, seeking the declaration of the PM CARES Fund as a “State” under Article 12 of the Constitution.

The PM CARES Fund is a public charitable trust established in 2020 whose main objective is to deal with any type of emergency or distress, such as that posed by the Covid-19 pandemic, and to come to the aid of people affected. Prime Minister Narendra Modi is the Fund’s ex-officio chairman and the ministers of defence, interior and finance are its ex-officio trustees.

The genesis of the dispute relates to the issue of lack of transparency and accountability surrounding the PM CARES fund on the grounds that its operation has been exempted from audit by the Comptroller and Auditor General of India (CAG).

Lead Counsel Shyam Divan, representing Gangwal, argued that the Fund was established by the Indian government and was deeply and systematically under government control as the Fund was administered by the Prime Minister’s Office.

He asserted that by virtue of the fact that the Constitutional Officials were “ex-officio” trustees of the Fund, the Fund was a “State” within the meaning of Article 12 of the Constitution. To support his point, he underlined that the Fund used the privileges, advantages and exemptions reserved for the State. He also pointed out that the official website of the PM-CARES Fund uses the state emblem of India and is registered under the domain name “gov.in”. He argued that these constitutional officials cannot circumvent the Constitution by deciding that they will operate outside its scope. Such a “comfortable arrangement” and a structure that undermines public accountability cannot be permitted by law, he said. He also emphasized that the public has a right to know and that the PM CARES Fund must be governed by the principles of good governance, transparency and public accountability.

“Can you ask the Speaker of the House and some members to create a trust site and say please donate everyone? Please assume that the cause, purpose and object are extremely laudable, but does the Constitution allow you to create a parallel entity saying that this is not subject to the rigors of the state and that the CAG (Comptroller and Auditor General of India) does not apply?” He asked. “The cardinal principle is that you cannot outsource, there is no escape velocity by which you can escape the Constitution. It is the Constitution that pulls you down as long as you perform the constitutional function,” he added.

Divan further argued that if the government, on the contrary, argues that the PM CARES Fund is not a “state,” it should refrain from using the state emblem or the official “gov” domain. .in” for its website. “It is not at all a structure that our Constitution envisions. Either you are a state and submit to the rigors of the Constitution, or you do not publicize that you are a state,” he said.

While suggesting that such a structure is legally abhorrent, which if maintained would result in a complete defeat of the constitutional machinery, he asked: “Can we, under our Constitution, allow these sorts of arrangements comfortable?

When asked whether the High Court, under its written jurisdiction, had the power to grant declaratory relief, Divan relied on the ‘KK Kochunni v Madras State’ decision, in which the Supreme Court observed that courts, while exercising written jurisdiction, are empowered to make declaratory orders when it comes to the appropriate relief to be awarded to the opposing party.

Initially, a public interest litigation was filed by Gangwal seeking clarification on the legal status of the PM CARES Fund. Advocacy called for periodic auditing of the Fund and disclosure of details of donations received by it, to ensure transparency and accountability.

In the affidavit filed last year by a PMO Undersecretary, the center had informed the Delhi High Court that the PM-CARES Fund is not a government fund as the amount it collects does not go to the Consolidated Fund of India. The government maintained that there was no central or state government control, direct or indirect, over the operation of the Trust.