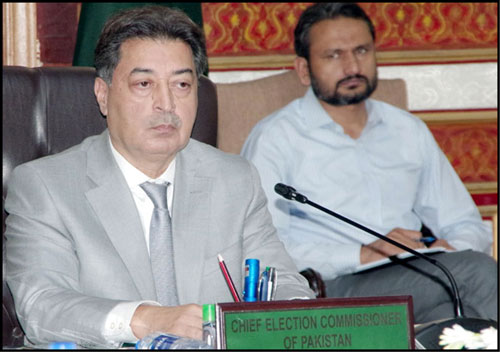 Says maintaining law and order is the responsibility of provincial governments

The assembly was informed that approximately 3,141 polling stations would be installed in these constituencies and that a total of 175 candidates were running for the by-elections. CEC Sikandar Sultan Raja said maintaining public order and safety of election workers and voters is the responsibility of the federal and provincial governments and their role in the electoral process is very important. He added that it was the responsibility of provincial institutions to ensure peace during the elections. He warned that strict action would be taken against those involved in misconduct and irregularities in the elections, saying violators would be prosecuted under the penal code and relevant election laws.

If a public official violated the code of conduct or acted against the law on Election Day, action would be taken against them without any discrimination, he warned.